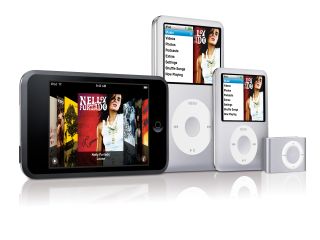 So much choice, so little cash. So which iPod is the best one to blow your money on: the iPod touch, the iPod classic, the iPod nano or the iPod shuffle? Let us helps you decide

Christmas is coming, and Toys 'R' Us reckons that the Apple iPod touch will be Number One with kids come December 25th. But is Toys 'R' Us right?

Maybe they'd be better off with an iPod classic with its humungous storage capacity, or possibly an iPod nano, which is small and not too shabby at all. Or what about the diminutive iPod shuffle?

The best way to decide is to read our reviews of all four iPods here are Tech.co.uk

A timeless masterpiece, or now just an also-ran? Our in-depth review will put you straight on that one

The so-called 'fat nano' is actually anything but. It's also sure to win many a heart come Yuletide season, iPod touch or not

It's small, cute, colourful and very very cheap, but is the iPod shuffle worth the money?