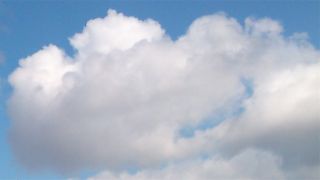 Amazon maintains its lead in the infrastructure-as-a-service (IaaS) and platform-as-a-service (PaaS) markets despite strong challenges from Microsoft, Google and IBM.

All three of Amazon's competitors in the cloud market are making giant strides, with Microsoft and IBM doubling their IaaS and PaaS revenues over the fourth quarter. However, in a market that grew by 52 per cent last year, Amazon kept ahead of the chasing pack. The Seattle-based firm recorded a growth of 65 per cent, increasing its total global share of the market to over 30 per cent.

"The big three global IT vendors are putting the pedal to the metal on cloud infrastructure services and are rapidly expanding their service footprints and revenues," said John Dinsdale, a chief analyst and research director at Synergy Research Group. "However, while they are gaining market share it is not at the expense of Amazon. It is doing a very impressive job of maintaining its leadership in this strategically important high-growth market."

IBM and Microsoft, according the research, gained impressively large cloud-based revenue, though the bulk of that originated in software, private cloud services, cloud hardware and professional and technical services.

Total Amazon AWS revenue, on the other hand, topped $1 billion (£600,000, AU$1.1 billion) in the final quarter and well over $3 billion for the full year, more than the revenue of all its competitors combined. IaaS and PaaS revenue as a whole has more than doubled since the fourth quarter of 2012.