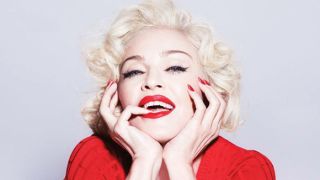 Snapchat is a great platform for sending out naked pictures of yourself, but who would have thought someone like Madonna would use it to debut a new music video?

The video, for the song Living for Love off the album Rebel Heart, premiered on Snapchat's brand new "Discover" channel. And it's not even the music first video to appear on Discover, The Verge reports.

This is probably a genius move: Madonna has simultaneously made headlines on a bunch of tech sites that would normally ignore her, and she's made people half her age feel old for not "getting" Snapchat.

Then again, although we'd like to embed the video here, we can't - because it's only available on Snapchat.

It's sure to disappear before long, so go watch it on Snapchat while you still can.

You don't have to brave Snapchat to read more of TechRadar's blips.