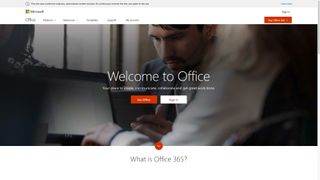 Microsoft's Office 365 software has been banned in part of Germany following fears over data privacy.

The cloud-based online suite has been barred for use in schools in the state of Hesse after lawmakers ruled it was gathering information from users who were unable to give their consent.

Office 365 uses telemetry software to gather data on its users, which under GDPR, is not an issue provided the users have given permission for it to do so. However when it comes to use in schools, German law says that minors cannot provide such consent.

"For years, regulators have been in discussion with Microsoft. The crucial aspect is whether the school as a public institution can store personal data (of children) in a (European) cloud, for example, potential access by US authorities," the Hesse Commissioner for Data Protection and Freedom of Information (HBDI) said.

"Public institutions in Germany have a special responsibility regarding the admissibility and traceability of the processing of personal data. Also the digital sovereignty of state data processing must be guaranteed."

Microsoft tried to tackle the issue by opening a German-based data centre, but closed it down last summer. It also updated Office 365 with new security features and privacy controls back in May, but these have not been enough to satisfy the lawmakers.

The HBDI described Windows as sending ‘wealth of telemetry data’ to Microsoft all the time, without clear and concise consent.

Under GDPR, which came into force in May 2018, organisations are required to be more transparent and responsible with how they gather, store and share personal data from users across the European Union.