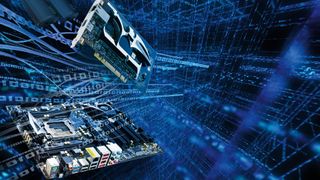 Dell's kits with Cumulus' operating system, a match made in the clouds?

In another victory for open source proponents everywhere, Dell and Cumulus have reached a re-seller agreement that sees the latter's software packaged as optional with Dell's networking kits.

This "bare-metal" approach, allowing customers to pick a variant of open-source operating system on top of a running piece of hardware, could prove to be a shrewd move by Dell. Prices on the Cumulus-run kits are around 25 per cent less than out-of-the-box proprietary operating systems.

The ability to have a choice of OS for their software-defined network (SDN) would be an attractive option to prospective buyers.

The deal also represents a big coup for Cumulus, which, despite being a relatively small startup, has a number of members experienced in the networking industry, including Rivers, who has been working in the field since 1980.

The move seems to be in direct opposition to Cisco Systems, which has long relied on offering its software combined with its hardware, locking in potential users to its products. Cisco has argued that "bare metal" approach creates Frankenstein machines that end up costing more in operating costs than they save on hardware.