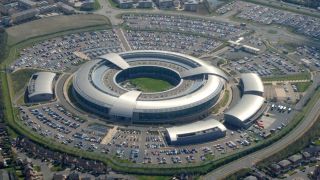 The Investigatory Powers Act (informally known as the government’s snooper’s charter) has been passed into law in the UK having obtained royal assent, with ramifications for everyone who surfs the net.

Going forward, service providers will be required to store every individual’s web browsing history for a period of a year, with the police and other government agencies and organisations being able to access that data.

It’s not just about your browsing history, either, as the act brings forth new powers when it comes to surveillance of phones – allowing access to calls by the police which, in the case of reporters, has been described as a “death sentence” in terms of investigative journalism, as the Guardian puts it.

As you’d expect, opposition to the legislation has been fierce, and a petition to repeal the law has now reached 143,000 signatures at the time of writing.

EU to the rescue?

Privacy rights groups are also predictably deeply unhappy about the move, and while the above petition will see the legislation being debated again in Parliament – any petition which accrues more than 100,000 signatures has to be considered for debate – that’s unlikely to make any difference at this point, anyway.

There’s also the possibility that EU courts will rule that parts of the legislation are unlawful and may need to be changed. Only time will tell on that score, when the Court of Justice examines the act next year.

Executive Director of the Open Rights Group, Jim Killock, commented on the act calling it one of the most “extreme surveillance laws ever passed in a democracy”.

He noted: “Its impact will be felt beyond the UK as other countries, including authoritarian regimes with poor human rights records, will use this law to justify their own intrusive surveillance regimes.

“Although there are some improvements to oversight, the Bill will mean the police and intelligence agencies have unprecedented powers to surveil our private communications and internet activity, whether or not we are suspected of a crime.”

A number of tech firms have also railed against the legislation, including Apple at the end of last year.