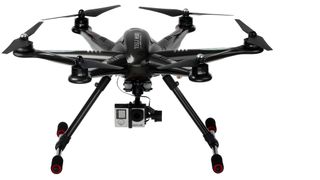 With another Consumer Electronics Show behind us, it's time to reflect on some of the new devices in the market and trends we can expect to develop in 2015. We observed a number of trends that will have a significant impact on cloud adoption over the next year.

1. The Internet of Things has become a reality: From connected cars, to home appliances and wearable devices, even light bulbs – pretty much every object with an electronic component is being connected to the internet, allowing consumers to control, analyze and enhance the function of these devices.

Analysis: The proliferation of mobile devices and connected things will dramatically increase the amount of data consumers generate. Many of these objects will interact with mobile applications, but the data being generated will need to live in the cloud to ensure it's accessible and secure. On-device storage will no longer be an option - integrating seamless and secure cloud storage will become the norm.

2. 4K TV will increase demand for storage: The boundaries of television picture quality have been pushed, with the unveiling of the UltraHD TVs that have four times the resolution of current 1920 x 1080 high-definition televisions.

Analysis: As television resolution expands, the quality of digital content will follow suit leading to bigger files for video content. The average file size for a 1080 HD movie is 8-15 GB, this could increase to exceed 100 GB per movie with the emergence of UltraHD. The next generation of visual content applications rely of cloud technology to store the vast amount of UltraHD data. Downloading video files will become a thing of the past. Media transcoding and streaming functionality will emerge as an essential capability for cloud storage platforms.

3. Your friends are probably going to buy drones: Drones were a regular sight at the event and were demoed in a number of use cases. Not only are these becoming cheaper and more accessible, but they are increasingly being kitted out with cameras and other data generating features.

Analysis: Drones can store billions of images, packing exabytes of data, which will create fierce competition and an even greater demand to cloud-enable devices so that the content can be quickly and easily accessed and shared from other places.

4. Smaller, faster, more mobile computing: Perhaps the least exciting trend witnessed at CES – and something that has been observed at almost every CES event – is the continued evolution of computers. 2015 was no different with smaller, lightweight PCs designed for the 24/7-connected world.

Analysis: Device manufacturers have been reducing the size of devices for years, however premature efforts to replace hard drives with cloud apps and web services failed miserably. The maturity of cloud storage and it's potential to work hand-in-hand with the hard drive has enabled smaller form factors. Additionally, device manufacturers and traditional storage OEMs are now looking to the cloud to differentiate their product offering and enhance customer loyalty. In 2015 and beyond, whoever owns the data will own the customer.

These are just a few of the many trends visible at CES 2015. But what's clear is the balance of power is shifting and cloud storage is rapidly becoming the primary method for consumers and developers (assisting unknowing consumers) to store and manage data.