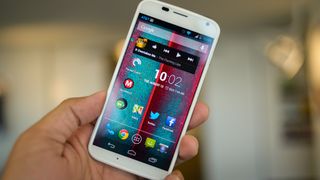 As part of its US$2.91 billion (£1.88 billion) deal to sell Motorola Mobility to Lenovo, Google will take a 6 per cent stake in the Chinese PC manufacturer.

A stock exchange filing last week showed that the search giant will take 618.3 million shares with a total value of $750 million (£460 million)

Google acquired Mobility, the handset manufacturing arm of Motorola, in 2011 for $12.5 billion (£7.5 billion).

Google's stake in Lenovo puts its money where its mouth is. Following its acquisition of Mobility, CEO Larry Page was bullish about Lenovo's prospects.

Other investors have been less confident in Lenovo's purchase, however, with the company's share price having dropped by over 23 per cent since the sale was announced. Lenovo is due to announce its latest figures on on February 13th.