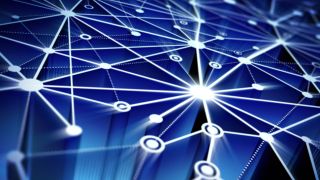 Sign up for any virtual private network (VPN) and you'll be promised access to a network of servers spread all around the world. Most providers will try to sell themselves on the size of that network, too – for example, Private Internet Access offers locations in 33 countries, IPVanish claims 60, and HideMyAss boasts more than 190.

There can be real benefits to these larger networks. The more locations available, the greater the chance that you'll be able to unblock websites in those countries. You'll be more likely to find a server near you, perhaps improving performance. And even if your nearest server is overloaded, there are likely to be other alternatives nearby.

At least, that's the theory.

The reality is that the locations a VPN provider shows you on its server list or map might not always be what you get in real-world use. And that's not some trivial, academic point – it can make a huge difference to the service.

To understand what your VPN provider might be doing, and why it matters, we should first go back to basics, and one major reason for using a VPN in the first place: to make it appear as though you're in another country.

The core idea is simple. Websites, particularly streaming platforms like Netflix, will often restrict some content to users in specific countries. When you visit, they use a geolocation system to identify where in the world you are, and then customize their content to match your location.

Geolocation can be as basic as detecting your IP address and looking up its location in a database. There are several big-name providers who offer this service for businesses, including MaxMind and IP2Location.

Using a VPN makes it easy to bypass this protection. Connect to a US location, the VPN should allocate you a US IP address, and websites will see you as visiting from New York, or Miami, or whatever city you choose.

This won't always work as expected. Sites like Netflix supplement basic geolocation technology by also trying to detect IP addresses used by VPNs, and blocking anyone using them. Providers must constantly add new IP addresses to get around this.

But there's a less obvious issue. Your VPN provider might offer a location in Egypt, say, and every website on the internet might think it's in Egypt, but that doesn't mean it truly is. In reality, the actual server might be anywhere in the world.

When a website tries to figure out where you are, it's generally not doing anything particularly clever or advanced. There's no Bond-type technology involved, no world map zooming in on your continent, country and city. It's just finding your IP address, looking it up in a database and finding its assigned location.

The issue with this scheme of things is that there's no guarantee that location is correct. Anyone can set up some servers in one country, while using these to assign IP addresses from absolutely anywhere else in the world.

VPN providers sometimes use this trick to offer locations which appear to be in one country, while in reality they're somewhere else entirely. They'll commonly call these something like 'virtual locations.'

Although this sounds dubious, there can be good reasons for it. ExpressVPN says that under 3% of its servers aren't physically in their assigned country, but their real location is generally nearby. For example, ExpressVPN offers Indonesia as a location, but routes your traffic through a Singapore server. You're still assigned an Indonesian IP address, but the Singapore physical location should ensure you get faster and more reliable connections.

HideMyAss is even more upfront, identifying virtual locations within its apps. For instance, a server tagged as "UK, London - Virtual Portugal" would be physically located in the UK, but give you a Portuguese IP address when you connect.

This kind of honest approach deserves credit, but not every VPN provider is so open, and that can lead to some unexpected problems.

We've reviewed plenty of VPN providers, and although most servers are located just where they're advertised, this isn't always the case. And that can massively affect the service.

For instance, we once logged into a provider's UK server and found it didn't allow access to BBC iPlayer. We initially assumed the BBC had detected it as a VPN, but no – it turned out the UK server was giving us German IP addresses, making it unable to unblock any UK resource.

This isn't always a permanent situation. In other reviews we've found some significant location differences – one provider's Liechtenstein, Luxembourg, Macao and Marshall Islands servers all assigned US IP addresses to us – but providers have explained that these should match up in a week or two, once the geolocation provider has updated its database. That's good to know, although of course it won't help if you need to access a geoblocked resource right away.

Virtual locations aren't always a bad thing. If you happen to be in the US, and only need to connect to Macao for the IP address, having the VPN server located in your own country should keep speeds high.

But if you happen to be in Liechtenstein, Luxembourg or anywhere else, and you think you're connecting to a local server, but it's actually on another continent – maybe on the other side of the world – that could make a huge difference to performance.

You may not always be able to trust what a VPN provider says about its locations, then, but fortunately, there are several ways to figure them out for yourself.

The internet is crammed with websites that will inform you of your current IP address, its location and more, for instance, and WhatIsMyIP.com is a good example. Connect to a VPN location, visit the site and it'll list your IPv4, IPv6 and local IPs, your city and country, even your ISP. Although note that geolocation isn't an exact science. The country is almost always correct, but the website's suggested city might be 100 miles away, or more, from the real location.

At any rate, the problem with most of these sites is they'll generally use a single geolocation provider. Other providers may sometimes give you different results, so it pays to check several. IPLocation.net shows your current location according to four geolocation providers, for instance (IP2Location, ipinfo.io, EurekaAPI, DB-IP.) Visit the site while connected to a VPN server and make sure all four give you the country you expect. If they show mixed results, that means you're likely to see the same inconsistency online. You'll probably find the VPN works on some websites, but not on others, depending on the geolocation provider they use.

While these sites will show the country assigned to your IP address, they can't tell you whether the server is really somewhere else. For that, you need to get a little smarter.

Connect to a VPN location, point your browser at https://ping.pe and the website will display your current IP address and location. Enter that IP address in the 'Ping' box at the top of the page, and click 'Go'.

If the website can't ping the IP address (the page shows 100% loss), you'll need to find and use the VPN server name. VPN providers sometimes list these on their websites (as is the case with PureVPN, for example). They're also listed in OpenVPN configuration files if your provider offers these (look for tutorials on manually configuring routers, or Linux), and most services will provide them if you ask.

The ping.pe site pings your IP address or site name from 30 locations around the world, including the US, Europe, China, Russia, Singapore and Australia, and displays various statistics on the results (best ping time, worst, average and more).

The lower the ping time, the nearer your VPN server should be to that location, so checking out the results can be very informative. When we logged on to PrivateVPN's Singapore server, for instance, the lowest ping averages for our assigned IP address were 0.74 (Singapore), 50.77 (Taiwan) and 76.22 (China). That's a good sign that our server really was in Singapore.

When we tried PureVPN's Afghanistan server, though, the lowest ping averages were Chicago (1.5), Atlanta (16.88) and New York (19.9). This looks like a virtual location where the server is in the US, but it's being assigned an Afghan IP address.

Exactly what this means for you will depend on your circumstances. If you're in Chicago, for instance, that server should be ultra-speedy; if you're in Afghanistan, you'll obviously have a very different experience.

Whatever your situation, discovering where a VPN's servers are located can tell you a lot about its service, and how it will work for you. Give it a try, and find out what your provider is really doing location-wise behind the scenes.