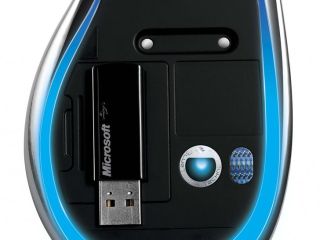 Microsoft's BlueTrack technology is so good that it could spell the end for the mousemat, according to company peripherals expert Andre Reuter.

Reuter is well aware that mousemats are one of the most common add ons for computers across the planet, but as Microsoft's well-received BlueTrack technology begins to appear in more and more mice, Reuter thinks that many people could find them redundant.

"BlueTrack works on any surface," said Reuter as he showed off the company's two current BlueTrack mice and talked of the Sidewinder gaming version coming in February.

"The only exception to this is glass, because the light goes right through, but from our perspective BlueTrack works on the majority of surfaces that people would use as a desk, as well as things like carpets.

"There is no need for a mousemat with a BlueTrack mouse, but obviously many people, especially gamers, have their preferences and form strong emotional connections to their current setups.

"A lot has to do what works for you, but from a technical perspective BlueTrack works on every surface."

Still a place for optical mice

Clearly the end of the mousemat is some way off, but with new tracking technologies changing the way that mice work, it is clear that they are becoming less necessary than the days of ball-mice and early optical devices.

"Laser and optical mice will always have their place," asserts Reuter. "At the moment we have no plans to move this more comprehensive technology into the low-end £5-£10 market."

Microsoft is not looking to licence BlueTrack to other peripheral manufacturers according to Reuter. "We might look again in the future," he adds. "But we currently have no plans to licence this technology."