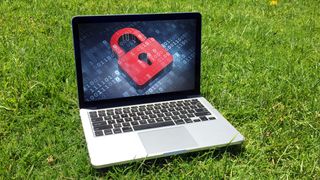 Even if you're careful with your data, a third-party company might not be

A worrying number of consumers have had their personal details stolen and their accounts raided and used to buy things by a malicious party, according to a new piece of research from Deloitte.

In fact, no less than one in five consumers say they have experienced this unfortunate scenario – and close to 40% of respondents said they'd had data stolen (or wiped) due to a virus or some form of malware.

Furthermore, almost half of those surveyed said that they felt they were being targeted by cybercriminals.

Confidence has also slipped in organisations storing personal data, with only 23% of respondents expressing trust in these companies, down from 29% previously – hardly surprising given some of the major breaches of late (of course TalkTalk springs to mind immediately, a company busy trying to repair the vast damage which has been caused to its reputation).

The vast majority – three quarters of those surveyed, in fact – also said that in the event that a company spilled their data, they would think again about using that firm.

The BBC reports that Simon Borwick, director of Deloitte's cyber risk services team, commented: "Many organisations are struggling to prepare themselves to deal with the wide range of different cyber-attacks. Cyber-security has moved beyond simply being an IT issue; it is now a business-wide risk which requires immediate attention at the highest level."

As predicted, the frequency and scale of cyber-attacks has increased throughout 2015, and it's likely to do so again next year. TalkTalk certainly won't be the last big company to be humbled by hackers, that much is for sure…