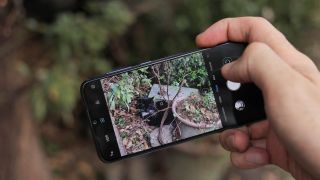 We were expecting Xiaomi to launch its latest flagship phone, the Xiaomi Mi 10, with a conventional on-stage reveal before an audience on February 11 – but it seems the coronavirus outbreak in China may put paid to those plans.

According to PlayfulDroid, the Mi 10 will be announced online instead, with the event livestreamed to fans and the media, as the China-based company doesn't want to risk gathering a large number of people in one place due to the ongoing health emergency.

PlayfulDroid also claims the launch will be two days later than we were expecting, on February 13. While PlayfulDroid doesn't have a proven track record when it comes to phone rumors, it makes sense that Xiaomi wouldn't want to hold a traditional launch event, with the coronavirus outbreak having been designated a Public Health Emergency of International Concern by the World Health Organization.

While smartphone launches are typically stage-based events at bricks-and-mortar venues, they're often livestreamed to much wider audiences anyway, so if the reveal is indeed online-only it's not going to make a huge difference to most people; other tech companies rely solely on livestreams for some announcements, like Google for its Google Stadia launch and Sony with the PlayStation State of Play presentations.

The PlayfulDroid tipster also claims that pre-orders for the Xiaomi Mi 10 will open on February 10, before the event itself, with the Mi 10 then shipping on February 14, and the anticipated Pro version available from February 18. It's worth pointing out that these dates are likely just for Chinese audiences – we're expecting the global launch of the phone at the MWC 2020 phone event at the end of this month.

If you're excited for the new phones, the Chinese launch – whether it's online or on-stage – will give you a look at the devices ahead of the global reveal, and TechRadar will be reporting on it whenever it happens, so stay tuned for all the news on Xiaomi phones and other tech devices.