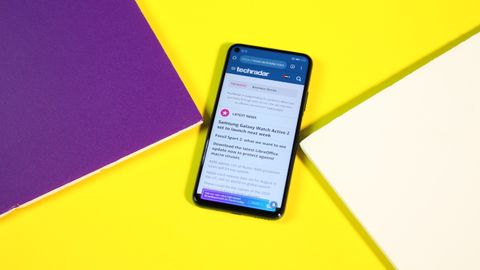 The Honor Pro 20 is a top-tier phone in all regards - except without the shine, superfluous features and the price tag. It’s not a perfect phone by any means but looks and performs far better than mid-range rivals, and its camera can give higher priced phones a run for their money.

Honor has carved out a nice niche for itself in the budget and mid-range markets by putting out a variety of affordable phones with high-end specs, sans extras like in-screen fingerprint scanners and reverse wireless charging.

The Honor 20 Pro is Honor’s latest flagship designed to lead its ‘20’ series and go head to head with the likes of OnePlus 7 Pro. It picks up from where the Honor View 20 left off but with a compact design, a quad-camera setup just like Huawei’s P30 Pro, and Huawei’s top of the line Kirin 980. It’s also priced well below than what you’d expect.

However, the price cut doesn’t come without cutting some corners. To achieve a more palatable price tag Honor has shed top-end features like wireless charging, expandable storage, an OLED screen and water resistance. But if you can live without these extras and crave the camera quality of a phone like the P30 Pro, the Honor 20 Pro is the best phone you can buy right now.

You can pick up the Honor 20 Pro in stores and through online retailers in Phantom Blue or Black for just AED1,999. It comes in one configuration - 8GB RAM / 256 GB storage.

While Honor loves to imbue their phones with quirky and flamboyant finishes, the Honor 20 Pro is rather toned down and slick. Not remarkable in any way except for the ‘triple 3D mesh” glass finish, which gives it a unique depth and a rather pleasing chromatic effect. The downside is it catches fingerprints at the slightest touch and will require multiple wipe-downs thoughout the day.

On the back there’s a quad-camera array, much like the P30 Pro, which is housed in a massive bump. The protrusion is quite pronounced and makes the Honor 20 Pro rock if you lay it on a flat surface. Given all the tech that’s crammed into the sensors, the bulge makes sense, but we still wish Honor would’ve opted for a neater design.

There’s no fingerprint scanner on the back, or under the front screen. Instead, it’s merged with the power button on the side that sits in a groove below the volume rockers. The indented recess makes hitting the fingerprint scanner easy to find and it works like a charm, never taking more than a second  to unlock the phone.

The bottom houses a USB-C port next to a speaker grille with no headphone jack in sight, which is a disappointment. The box does includes a 3.5mm to USB-C adapter for what it’s worth. Still, it’s one less port to worry about and cover in case of exposure to water since the Honor 20 Pro is not water-resistant.

Flipping over to the front, there’s a sizable 6.26-inch screen that looks deceptively small in the Honor Pro 20’s compact form. The 4.5mm punch-hole camera on the top-left corner is a pleasing alternative to the notch and helps the phone achieve an impressive 91.6% screen-to-body ratio.

It’s not completely bezel-free however, with a wide chin on the bottom and a thinner bezel on top that discreetly houses the earpiece and notification LEDS. Still, the Honor Pro 20 is a plush looking phone that packs an impressive amount of tech in its svelte profile.

The Honor Pro 20’s screen is the biggest indicator that it’s a mid-range phone. Where most phones in this price bracket rock an OLED screen, the Honor Pro 20 has a LCD Full HD+ panel, which is a step down in many ways but still capable.

The output isn’t the most vibrant, and you won’t see the deepest blacks as a result. Nevertheless, it’s brighter than most OLED screens and you’ll have little trouble reading what’s on screen under direct sunlight. Colors are unnaturally vivid out of the box, but a quick trip to the Display settings can fix that quickly.

Full HD+ resolution at 2340 x 1080p comes out to a gracious 412 ppi, resulting in crisp images and videos. But since it’s an LCD screen, it can be a substantial drain on the battery. There’s also no efficient dark-mode on LCD screens. So if you want your Honor 20 Pro’s display to conserve battery, you’ll have to manually lower the resolution under the Display settings.

We quite prefer punch-hole displays to the notched ones, which can be quite intrusive. On the Honor 20 Pro the cutout on the top left is hardly noticeable. It only gets problematic if you’re using full-display apps that have controls on the top-left that get obscured by the punch-hole. This is an easy fix though, as you can choose simply to not run finicky apps like that in full-screen mode.