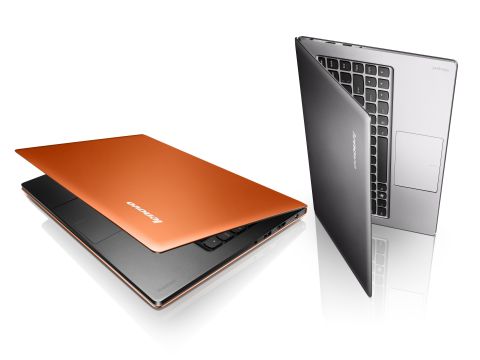 Ultra-thin and comfortable, but this ultrabook's design isn't that attractive

The Lenovo IdeaPad U300S's less powerful Intel Core i5 processor showed through in our lab tests, and the 7,244 score in Cinebench is on the low side when compared to the Asus Zenbook UX31 and Acer Aspire S3.

In real-world terms, this is more than enough processing power to run advanced programs such as Photoshop, although rendering will take longer than on full-powered Intel Core processors and ultrabooks with the Core i7 model. You'll have no problem running multiple applications at the same time, though.

There's no dedicated graphics card, so 3D effects are left to the GPU found on the Intel Sandy Bridge processor. As you might expect, it produces a poor score, and you won't be playing any of the latest titles on the Lenovo IdeaPad U300S.

There's enough graphical grunt to deal with HD video, so you can watch a movie on the move, but anything more demanding is out of the question, and the screen won't make movies look their best anyway.

The battery life was decent, if unspectacular, with 232 minutes of use in our harsh lab tests. This translates to around five hours of web surfing and emailing, which equates to a good day on the move, but nowhere near the seven hours quoted by Lenovo on its marketing literature.

One of the major complaints across many ultrabooks is that they often feature poor, uncomfortable keyboards, and single button trackpads that are frustrating to use, and easy to skip across the page with unintentionally. Unfortunately, the Lenovo suffers here too.

On the plus side the keys are as comfortable and natural to use as any ultrabook here, and they're well cushioned and well spaced, with isolation-style keys jutting through the aluminium chassis.

However, Lenovo has made the Enter and Backspace keys very small, with the Home, End and Delete key to the far right.

This meant mistakes were common, and it took us a while to get used to the keyboard. The trackpad, however, is terrible, and often clicking and navigating led to chaotic moments, where clicks were mis-registered.