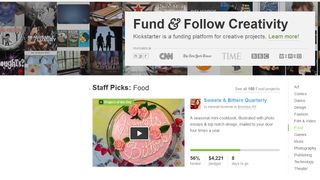 Mashable has an infographic pointing out that "only" 25% of Kickstarter projects deliver on time.

Sounds like the crowdfunding bubble is already bursting. Or is it?

Let's take a look at projects outside of Kickstarter. According to this report 33% of software projects are late. This one says that 75% of IT projects generally are late. And it might even be as high as 95%.

So Kickstarter projects are actually between 2 and 15 times more likely to be on time than other projects, at least in IT.

Second, the main covariant the study identifies is the amount by which a project is overfunded. But generally, an overfunded project means that it goes into 'stretch goals', which are more ambitious things that they couldn't consider doing without the extra money. Like developing for multiple platforms, or adding extra features.

In the case of the Twine, that I backed for my dad's Christmas birthday present, they got 15x the funding they originally asked for.

Since almost all of that funding was in the form of pre-orders, they needed to make 15x the number of units. Their original plan of hand-casting the cases out of acrylic was completely impractical at that scale and they needed to switch to injection moulding, which took a lot more time to set up. I believe that's most of why they are currently six months late.

I'm not just being a Kickstarter apologist here. I recognise the value of holding a new phenomenon like this to account, just to keep everyone honest.

But I think there's a "kick Kickstarter" bandwagon developing among the cynical blognoscenti.

Any social phenomenon, whether it's Kickstarter or Harry Potter or Apple, that rapidly jumps from obscurity to big success, makes a very attractive target for the naysayers.

Kickstarter is certainly a risky funding model, and we still need to wait for some of the first round of large, high-profile projects to deliver before we can make firm judgements on overall reliability.

But to suggest that a late project percentage of 25% is bad, or in some way attributable to the funding model, is pretty disingenuous. 25% is actually something they should be proud of.