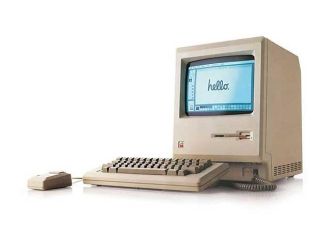 Despite spending hundreds of millions on promoting the idea of Windows last year, this week's Windows 7 UK launch was a less-than ostentatious affair for Microsoft.

Instead, the computer giant let the software speak for itself rather than popping the champagne corks, gathering up the celebrities and abseiling down Big Ben shouting to the world about the virtues of Windows 7.

It never used to be like this, and as part of our Windows 7 Week series of posts, TechRadar celebrates the launch of Windows 7 in its own little way by showcasing seven of the biggest and barmiest tech launches of recent times.

Given that the operating system was three years in the making, Microsoft had a lot of time to planning just how to unveil the OS to the world.

In the end the company decided to spend circa $300 million promoting the product – the same amount it spent roping in Jerry Seinfeld for its bizarre Windows promos last year.

The money went a long way, with up to $14 million paid (although this may have been a figure made up by the group to inflate its prices) to the Rolling Stones for use of the group's 1981 song Start Me Up and a bucket load of cash used to rope in two of the biggest TV stars of the time, Jennifer Aniston and Matthew Perry, to star in a 30-minute 'cyber sit-com' to promote the system.

Other promotional goodies included giving away 1.5 million copies of the Times newspaper (complete with Windows 95 advertising), a 300-foot banner which was draped over Toronto's CN tower, and the Empire State Building lit up with the primary colours of Windows 95 logo.

It's fair to say, the message got through with the OS becoming the most successful ever produced.

The best script-writers in Hollywood couldn't have written the story of the ill-fated Gizmondo handheld console any better. A yarn populated with criminals, fast cars, celebrities and mountains of money, nobody could have visualised how much trouble the company was in when it launched the handheld in Europe back in mid-2005.

London's exclusive Park Lane Hotel was hired out for the event. Celebrities including Dannii Minogue turned up to quaff the free champagne, while the likes of Sting, Busta Rhymes and Pharrell Williams performed.

And models turned up in droves – mainly due to the fact that Gizmondo owned 75 per cent interest in modeling agency Isis. The launch to end all launches ended up being the last time the Gizmondo brand was celebrated. Less than year later the company had folded, taking with it the $400 million that was pumped in to make the console a success.

The birth of the Macintosh was always going to be a big one for Apple, given its need for a hit after the ill-fated Apple III and Lisa projects.

Apple decided that a mammoth marketing campaign was on the cards to show off its first PC. And why not, it was an insanely powerful machine boasting 128KB DRAM memory, 64KB ROM and a 9-inch CRT.

Taking the year the computer was released literally, Apple roped in director Ridley Scott. Fresh from Blade Runner, the company asked him to create a dystopian future for its 1984-inspired advert.

The advert aired during Super Bowl XVIII, the world's biggest ad slot, cost $1.5 million and set the benchmark for tech launches to come.

Not only that, Apple decided to take out a $2.5 million ad campaign in Newsweek buying up all advertising pages of the magazine.