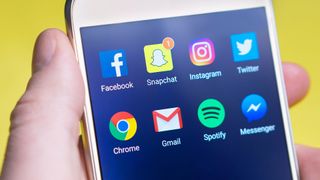 Uganda's parliament has passed a new social media tax, which will charge a daily fee of 200 Ugandan shillings (about US$0.50, £0.40, AU$0.70) to anyone using social apps such as Facebook, WhatsApp and Twitter. That's a hefty sum for a country with a GDP per capita of about 2,511,500 shillings.

The country's president, Yoweri Museveni, pushed for the tax on the grounds that social media encourages "gossip". However, it's not clear how social media use will be monitored and how the money will be collected.

Access to social media in Uganda was shut down completely during elections in 2016, in what Museveni called "a security measure to avert lies".

The news comes shortly after Papua New Guinea's government announced an experiment to block Facebook for a month to identify fake users and gauge how the social network affects the country's citizens.

"The time will allow information to be collected to identify users that hide behind fake accounts, users that upload pornographic images, users that post false and misleading information," communications minister Sam Basil told the country's most popular newspaper, the Post-Courier.

Basil has also suggested that Papua New Guinea could set up its own alternative social network.