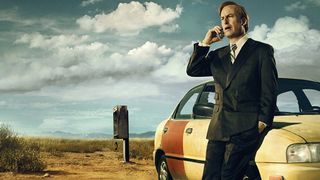 Following on from the precedent set by its US rival Netflix, the Australian streaming service Stan has announced a couple of huge service updates for the coming months.

First up, Stan will be getting offline viewing capability in March, allowing subscribers to download selected shows to their iOS and Android devices and watch them outside of Wi-Fi coverage and without smashing their mobile data limits.

Next, the service has announced that it will be getting a UHD makeover, with a select number of shows streaming in 4K resolution from April.

Shows available in 4K include Better Call Saul, which will premiere exclusively in 4K in Australia, Wolf Creek, No Activity, Preacher, Mad Dogs, Transparent, Mozart In The Jungle, The Girlfriend Experience and Power.

On top of this, Stan has announced season 2 of its original series Wolf Creek, which will arrive on the service in 4K sometime in 2017.

What's less clear, is whether Stan's servers will be up to the task, given the extra bandwidth needed for Ultra HD streams and the buffering issues that it already experiences with regular HD shows and movies.