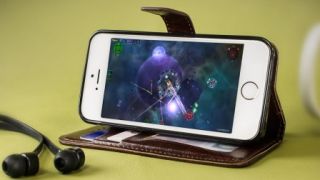 New images of the 'fresh' iPhone SE2 have leaked out onto the web, and if they're true we're not in for much of a visual upgrade.

The new pictures are from Chinese social network Weibo, so believing fully in their validity is tricky, but they jive with what we've been hearing so far.

The big 'change' is the presence of the headphone jack on the bottom, and a glass back to facilitate wireless charging.

It also looks slightly more refined than the first iPhone SE, and could come in new colors too - but the fact it's not turned on is always a slight reason to narrow the eyes and raise suspicion.

The phone we're looking at seems very similar indeed compared to the previous iPhone SE, showing that Apple is again looking to bring the cost down of the cheaper phone by re-using previous schematics.

However, the reason to wonder about these images is that they could just be of a very good fake - and we've seen a number of these from Asia in the past.

We're expecting a new iPhone SE2 coming soon - possibly around WWDC 2018 - so if this were real, it would likely appear now, and the presence of FCC logos hints it could be true.

There's a TouchID-enabled home key on the front and the same bezeled front - in fact, most of the changes will likely be inside, with a new A10 or higher chipset inside and a much better camera.

We'll be bringing you all the news from WWDC this year - so when the new phone  turns up (if it turns up) you'll read about it here first.