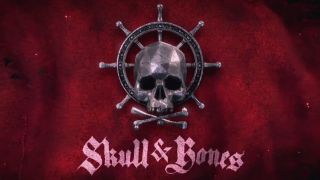 Skull and Bones is a brand new pirate game from Ubisoft, and we got a chance to see it in action at the its E3 2017 press conference.

Today's demo featured a 5-on-5  multiplayer match in which its ten players took each other on in an attempt to collect the most loot.No word yet on what form the game's single-player mode will take.

While searching for loot, the players were forced to contend with cannon fire from the enemy team, and the risk of enemies coming on board to plunder their ship.

Ubisoft has promised that the game, which is being developed by its Singapore studio, will feature multiple ships with different characteristics.

Skull and Bones is not the only pirate-themed game at E3 2017. Microsoft's Sea of Thieves was also playable on the show floor, but features a much more family friendly tone.

Ubisoft announced that the Skull and Bones release date to be Fall 2018. You can check out the full gameplay trailer below.