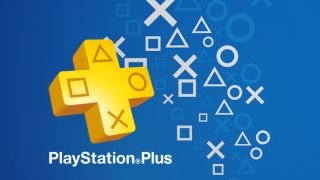 It's a big month for PlayStation Plus subscribers, as Sony's PS Plus service is going through some major changes from February 2019 onwards.

We already knew that, after February 2019, PlayStation Plus subscribers would no longer be getting free PS3 and PS Vita games as part of their monthly subscription packages. And Sony has now announced the final games coming to those consoles as part of the deal. Seeing the PS3 element of PS Plus off in style, you'll be able to download Metal Gear Solid 4: Guns of the Patriots to your PlayStation 3 this month, along with Divekick. Gunhouse and Rogue Aces will both also hit PS Vita and PS4.

So, with the older consoles being removed from the service, what's Sony offering to balance out the difference? 100GB of cloud storage for game saves. It's a considerable jump from the 10GB currently offered.

It's a useful tool, but unless you've got multiple consoles dotted around your home, are expecting your PS4 to die, or load up saves on a friend's console regularly, we can't imagine it exciting too many players.

Still, if you are a PS4 owner, when taking into account the above plus the PS4 games being delivered this month, it's a bumper offering.

As well as all the items listed previously, you'll also be getting stealth murder simulator Hitman: The Complete First Season, and medieval hack-and-slash-athon For Honor, where knights, vikings and ninjas go toe-to-toe in multiplayer melee combat.

The PS4 games will be available until March 5, while the PS3 and Vita titles get extra send off time until March 8.

The removal of games will undoubtedly anger some players, and it'll be interesting to see if Sony does anything else to appease them.