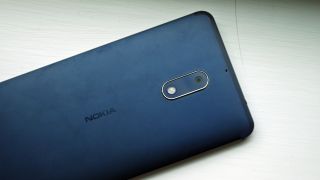 That price isn’t up on Vodafone’s website yet, and instead supposedly comes from a “reliable source” who supplied it to Mobilissimo, so take it with a pinch of salt, as the information could be wrong or subject to change.

Even if it’s accurate, that’s just for Romania, as it’s unlikely that it will cost exactly the same in other countries.

But this does suggest that the Nokia 8 will not just be cheaper than flagships like the Samsung Galaxy S8 and HTC U11, but also that it could be cheaper than was previously rumored, as we’d heard before that the price would be around $675 (roughly £510, AU$860).

Though an even earlier leak pegged it at roughly £360/$470/AU$595, so pricing rumors are all over the place, but all of them would see it undercut many high-end phones.

With rumors of a 5.3-inch QHD screen, a metal shell, a dual-lens camera, a Snapdragon 835 chipset and 4GB or 6GB of RAM the Nokia 8 could be quite a bargain if today’s price is accurate.

And you shouldn’t have to wait long to buy it, with HMD Global (the company using the Nokia name) expected to announce the phone on August 16.