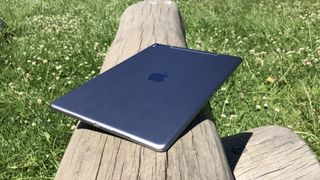 We’re expecting lots from the iPad Pro 2018, but one thing we wouldn’t have expected is for Apple to include a USB-C port on the slate, given that it’s a fan of proprietary charging ports. However, it’s looking increasingly likely that a USB-C port will indeed be present, with the latest evidence coming from various accessory makers.

Japanese technology news website Macotakara spoke to a range of accessory makers at the Global Sources Mobile Electronics trade show in Hong Kong, and was told the iPad Pro 2018 would have a USB-C port rather than a Lightning port.

This isn’t the first we’ve heard of a switch to USB-C either, with respected Apple analyst Ming-Chi Kuo saying the same, while another source has said that a USB-C port will be used to allow the iPad Pro 2018 to support 4K external screens.

All that said, we’d still take these claims with a huge dose of salt, because it seems so at odds with Apple’s usual approach to hardware, and because Apple is so invested in Lightning and the accessories that work with it.

The recent iPhone XS, iPhone XS Max and iPhone XR all have a Lightning port, so it seems odd that Apple would offer a different port on its tablet range.

In the case of the 12.9-inch model those are dimensions we’ve heard before, and in both cases that would make them smaller than their predecessors. That’s no surprise though, as based on leaked images we’re expecting far smaller bezels this year.

We don’t have long to wait before we’ll get an official look at the iPad Pro 2018 range, as Apple is holding an event on October 30, so we’ll know the truth soon.