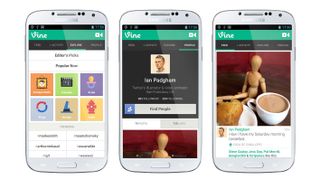 How do you video?

Being the new kid on the block isn't easy, and despite Video on Instagram having a few more features up its sleeve, it still hasn't been able to beat Vine in popularity yet.

For the month of June, according to website App Anime, Vine was Apple App Store's most downloaded non-game app. Instagram, on the other hand, came in at fifth position.

Of course, it should be noted that while Instagram rolled out its video feature only about 6 weeks ago, it already has a massive user base from its photo-only days.

Vine only came to the video sharing scene early this year, so it's "most downloaded" placement may be attributed to people wanting to try out the shiny new app.

It's still early days in this competition of video-sharing services, and although Vine is seemingly in a good position at the moment, Twitter may still need to rethink the app's position in the social-sharing world.

Instragram has already integrated its video offering with Flipboard, and undoubtedly, Facebook will help drive usage.

As a whole, however, both apps have seen decreasing activity since initial release.