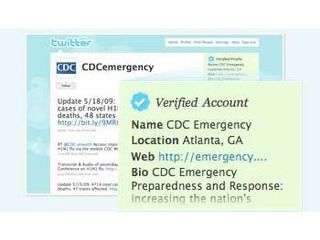 Twitter is largely a toy for Westerners who want to mess around at work, says PC Plus' columnist Gary Marshall

There's a wonderful expression with a rather sad story behind it. "To drink the Kool-Aid" is to follow in the footsteps of Jim Jones' followers, who topped themselves with poisoned juice for no other reason than that Jones told them to.

These days it means being part of a cult, and the latest Kool-Aid drinker appears to be Graham Linehan.

By all accounts Linehan is a very nice man, and funny too: he's the brains behind Father Ted and The IT Crowd. But since he joined Twitter he's become an evangelist for the microblogging service, and a recent blog post suggests that he hasn't just drunk the Twitter Kool-Aid: he's swallowed a lake of the stuff, like Father Jack with a bottle of Toilet Duck.

According to Linehan, Twitter's creators "have enabled us all to take a major evolutionary step at a crucial moment".

Linehan is annoyed with The Guardian, whose Jackie Ashley suggested that – I'm paraphrasing here – Twitter was a big load of balls, populated largely by meeja types and suck-ups telling each other how wonderful they are.

Linehan's response, which was retweeted by comedian Peter Serafinowicz and the TV editor of Heat, argues that if a journalist can't use tabbed browsing, edit wikis, build websites and save their work online then "he or she is no longer capable of writing about the modern world". Which will be a shock to the journalists who cover medical malpractice, famine and other things that matter more than people chuntering away on Twitter.

Perhaps he's exaggerating for comic effect, but I doubt it. He castigates pundits – who he calls the Ignorati – for sneering at "Twitter's seeming inability to make money, as if that remains a useful way of assessing value after the diddling we've recently received from the Masters of the Economic Universe".

Apparently he's ignorant of the way unquestioning internet hype led to the dotcom boom of the 1990s – a boom that, when it went bust, ruined the savings of millions.

"For the first time in history, the human race is having a global conversation," Linehan says. First time? That'll be news to the early adopters of bulletin boards, email, IRC, instant messaging, forums, USENET and social networking.

The human race? Twitter is barely a city, let alone a planet. Facebook has ten times the numbers, a more representative demographic and more user engagement.

The reality is that on Twitter, a few people make lots of noise: a study by Sysomos found that 10 per cent of users generated 86 per cent of the traffic, with 15 per cent of Twitterers claiming to be involved in the world healing business of, ahem, social media marketing.

Just like the other exciting online things we've seen over the last 20 or 30 years, Twitter is largely a toy for affluent Westerners who want to mess around when they're supposed to be working. It's a slightly better way of doing what we've been doing for decades. Nothing more, nothing less.

Liked this? Then check out Look out Twitter, the masses are coming!