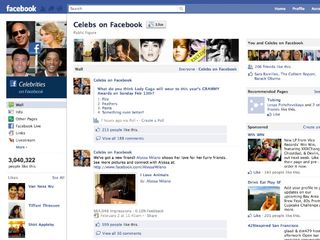 Facebook's upcoming music service looks likely to launch with the help of a number of big name streaming partners, it has been revealed.

This is according to GigaOm, which rounded up everything it knows about the music platform; including rumours that Spotify won't be the only partnership in Facebook's musical endeavour.

Although just what partnerships will be involved is not yet known, it is thought that a potential release date for the service will be at Facebook's f8 conference in August.

What is known is how the music service will work. Facebook is looking to integrate music into the site's normal homepage and use a tab for music, which will be situated under the other tabs currently on the left-hand side of the page, like Places, Pages and Games.

Click on this tab and a music dashboard will appear. To play the tracks you want to, you just use the playback button at the bottom of the Facebook page.

It seems like the whole service relies on Facebook Connect – so you have to Connect with whichever music service you want for it to work through the Facebook page.

On the music dashboard there will be recommended songs. You will also be able to see what all your other friends are listening too at any particular time – and presumably mock them if a bit of Blue ends up on their digital stereo.

Facebook has remained tight-lipped over its music service, so expect more rumour and speculation to come in dribs and drabs.

The idea to mix music with social is an intriguing one – as we have seen with Ping, it doesn't always work. But unlike Apple, which tried to bring the social to the music, Facebook is bringing music to the social, something which is a much easier prospect.