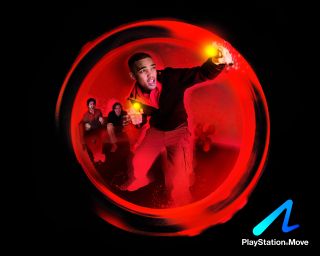 PlayStations recently announced Move motion controller may have wowed audiences at this year's Games Developers' Conference, but already there seems to be limits to the peripheral.

It seems that only two fully fledged Move setups (which is the motion controller and sub-controller) will be able to be connected to the PS3 at any one time.

This means that you will be able to have four controllers, without nunchuck, connected which will limit the moves of the controller somewhat.

PlayStation Move is Sony's big move into the family friendly gaming territory of the Wii and the news that four-player games won't harness the full potential of the Move control system will be a bugbear for some – especially as the tech is mean to be played in groups.

Unless you don't mind wielding a Move controller like a lightsaber in your home on your own.

The reason for the limitation is because the PS3's uses Bluetooth to connect peripherals and this is limited to seven controllers at any one time.

It doesn't explain why three fully fledged Move setups can't be used at once. Maybe the thought of a Move ménage à trois is too much for Sony to handle.