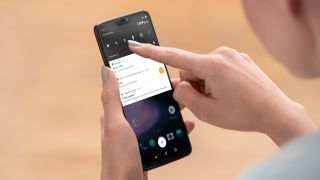 We've all been there. Walking along, checking our phones and accidentally bumping into someone else or unknowingly stepping into traffic. One city in China, however, is offering the smartphone addicted a solution.

Installed in the Chinese City of Xi'an, the lane itself is only 100 meters long and 80cm wide, but it allows smartphone users to walk in the knowledge that they won't be getting in other people's way, or being hit by a car.

This isn't the first time this sort of scheme has been tried, with similar efforts installed in Chongqing, China and Wasington DC, US in 2014 - although these were more temporary fixtures.

Whether the mobile walking lanes will catch on around the world remains to be seen, but as countries look towards building smart cities, car manufacturers work on autonomous vehicles and the imminent introduction of 5G making all this easier, these dedicated paths may begin to appear in more and more places.

From Inquirer.net via Cnet