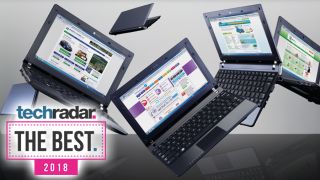 Update: While we had previously recommended the Huawei MateBook 13 in top place, the ongoing trouble the company faces with the US Government casts a great deal of uncertainty on the degree of support its products will receive into the future. As such, we recommend the excellent Dell XPS 13 in its stead.

If you're looking at getting yourself a new laptop but don't really know where to start, you're in luck – that's the entire point of this very page!

Here at TechRadar, we get to review the full breadth and width of currently-available laptops, so we're well and truly across what's worth the dosh and what's not.

Whether it's Apple's freshest MacBook Pro, the newly-arrived Huawei MateBook 13, or the latest winner in the Dell XPS range, we've painstakingly compared and contrasted each one in order to give you a rundown on the laptop with the best value.

We've taken into account ultrabooks, gaming laptops, 2-in-1s, and every other shape and size that laptops come in these days – so don't worry if you're in it for work or play, we've got you covered.

Best laptops in Australia 2019 at a glance

What is it about the Dell XPS 13 that's kept it in pole position on our best laptop list for three years running? In short, it really is the PC response to the MacBook. The 2019 Dell XPS 13 hasn't improved too much over last year's already-great model, but there's some more juice in the battery and the camera has finally been put where it belongs – above the screen! The Dell XPS 13 rocks an 8th-generation Intel Core i5 or i7 processor and a bezel-less ‘Infinity Edge’ display, this Dell XPS 13 continues to be the most popular Windows laptop in the world. What’s more, there’s a wide range of customisation options, so you can really make the Dell XPS 13 the best laptop for your needs.

Our pick for the pinnacle of laptops you can buy in Australia for 2019 would be the Huawei MateBook 13, were it not for the ongoing issues the company faces. Like the MateBook X Pro before it, the MateBook 13 packs some of the latest components and tech into a nifty lightweight package at an affordable price. It's this deft balance that would give it the slight edge over the reigning champ, the Dell XPS 13, if it weren't for the unknown future of support for the device.

The best 2-in-1 gets better

The HP Spectre line of Ultrabooks and 2-in-1 laptops has always consisted of extraordinarily attractive devices. So, when we say that the 2019 Spectre x360 takes things to another level, that should mean something. This is one of the most beautiful laptops on the market right now, with its gem cut design and sleek profile. Couple that with the powerful Intel Whiskey Lake processors and long battery life, and you get one of the best laptops on the market right now. Its ability to flip into a Windows tablet is just icing on the cake.

The list-topper just got an OLED upgrade

While the Aero 15 range from Gigabyte is aimed at designers, it makes for the best value gaming laptop on the Australian market right now due to its powerful internals, brilliant display, and sleek, stylish chassis. This year's model comes packing a new 15-inch 4K HDR screen ideal as a high-resolution on-the-go gaming monitor, media machine, or its intended design-centric use. Considering it's also packing the latest Nvidia RTX series GPUs and 9th-gen Intel Core CPUs.

While we are sad that the 15-inch MacBook Pro is no more, we’ve welcomed the MacBook Pro (16-inch, 2019) with open arms. As thin, light and sleek as ever, you wouldn’t think this was a 16-inch behemoth. Yet, you’re getting that extra real estate on that stunning display, as well as the latest and greatest components behind it. This is, without a doubt, the best MacBook for content creators, designers and other creative professionals. With amazing (and loud) speakers and a much, much better keyboard to boot.

The new MSI GS65 Stealth has knocked our previous choice of the best gaming laptop, Asus ROG Zephyrus GX501, off this list, thanks to its excellent array of cutting edge components, which includes an 8th-generation Intel Core i7-8750H CPU and an Nvidia GeForce GTX 1070 GPU. It's also more reasonably priced than the Zephyrus GX501, and its subtle design means that it can double as a work or study laptop without raising any eyebrows. If you're looking for a more affordable gaming laptop, however, check out the Dell Inspiron 15 7000 Gaming below.

The best laptop by Microsoft

Low Stock
$799
View at Microsoft US
$799.99
View at Amazon
$799.99
View at Best Buy
See all prices (95 found)
Excellent battery life
Choice of Intel or AMD CPU
No Thunderbolt 3 option
Too few ports for its size

Best of all, with the 15-inch version you now get a choice of either Intel or AMD hardware. Previously, only Intel tech was included. Elsewhere, the Surface Laptop 3 continues the Surface Laptop's reputation for being a stunningly designed laptop.

These are some of the most desirable laptops in the world that don't have a logo of an apple on them, with a new aluminum body that gives it a premium feel, while protecting it from knocks and drops. There are still a few niggles, like the continued lack of ports, but in general this is one of the best laptops in the world right now.

Last year’s Dell XPS 15 was already one of the best laptops you could buy, but now that Dell has taken the beautiful redesign of the Dell XPS 13 and applied it here – while also making it a convertible. Well, it’s amazing. Not only do you get one of the most aesthetically pleasing 15-inch laptops on the market, but it also packs one of those new Intel  Kaby Lake G-series CPUs featuring ‘discrete-class’ Radeon graphics. This means that this laptop packs serious power – even if it can get a little loud.

While the Alienware Area-51m (featured earlier in this best laptops list) is the best gaming laptop for people with a lot of money to spare, if you're on a tighter budget, then the Dell G5 15 5590 gaming laptop is a fantastic choice. Dell’s 15-inch G5 doesn't have the highest end specs, but it will see you through 1080p gaming and last you up to 10 hours of battery life as well – which is pretty remarkable for a gaming laptop. It also features a stylish design and great build quality, and Dell also allows you to configure the Dell G5 15 5590 to better suit your budget and needs.

The most powerful 2-in-1 laptop in the world

With the Surface Book 2 (13.5-inch), Microsoft has crafted one of the most powerful 2-in-1 laptops in the world. The Surface Book 2 has some powerful enough components to handle most day-to-day tasks, and even some light gaming and video editing if you go for a model with a dedicated graphics card. Brilliant build quality and excellent battery life makes this a wonderful device for using as either a laptop, or as a powerful Windows 10 tablet. It also comes in a 15-inch version, which is more powerful and with a larger screen. If you're after a more affordable 2-in-1 device, then the Acer Switch 3, below, is well worth checking out.

The Alienware Area-51m is a strong contender for the best gaming laptop of 2019, and earns that place in other markets (such as the UK and US) due to its relative affordability. Down under, it's a little more expensive and doesn't quite earn that spot, but it's still absolutely worth considering (especially if it's on sale). With an eye catching design and brilliant build quality, which we've come to expect from Dell's Alienware brand, this is an incredible performer, offering a choice of some of the very best gaming components on the market right now, including 9th generation Intel Core processors and Nvidia's latest RTX range of GPUs. Sure, it's pretty expensive, but if you're serious about getting the best gaming laptop money can buy in 2019, then you'll need to expect to splash out a little bit, and the Alienware Area-51m really is worth every penny.

Which type of laptop is best for you?

General laptops: This broader category is dedicated to devices that focus more on practicality than style, portability or power. That’s not to say they can’t be fast, but you’ll typically find a non-Ultrabook clamshell laptop with an HD screen and spinning drive-based storage for less than $1,000.

2-in-1 laptops: Where notebooks that double as tablets are located. Outfitted with both detachable and 360-degree rotating hinges, these hybrids are the most versatile way to experience Windows 10 (or Chrome OS) on a touchscreen.

Chromebooks: Where you’ll find the best Chromebooks running Chrome OS. These do much of what Windows and macOS can in the browser, focused on cloud storage over local, while recently getting Android app support for touchscreen models. They generally cost less than $500.

Gaming laptops: Need a laptop to play games (almost) just like a shiny desktop PC can? Then you’ll want one of the best gaming laptops. These machines generally cost more than $1,000 and can quickly get into the $4 – 5,000 range for the beastlier models.