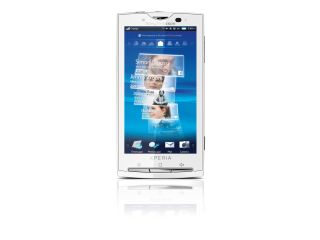 Orange offers the white Xperia X10 - white, we tell you

Orange has told TechRadar it will be offering the Sony Ericsson Xperia X10 - a pivotal handset from the company - on an exclusive deal.

Admittedly, this doesn't mean it will be stocking the X10 exclusively, but it will be the only network to offer it in white.

The Xperia X10 is set to be launched on a number of networks in the coming weeks, on the likes of Virgin Media and Vodafone.

What's in an exclusive?

While the white version of the Xperia X10 won't probably add a HUGE amount to the phone (read: nothing) it's still going to be free on selected price plans.

Of course, if you're with Orange and not a fan of a dirt-hungry colour, then you can also get it in black as well - but it's all about exclusive colours according to Orange.

It is also believed that Orange will be bringing the X10 mini on an exclusive deal as well (whether it be the phone or just a colour variant), with a UK release date likely to be around May or June.

We're excited about the Sony Ericsson Xperia X10 coming out soon - not only does it have a huge four-inch screen and powerful processor, but it also has the TimeScape overlay that has the potential to be as cool as HTC's Sense UI.