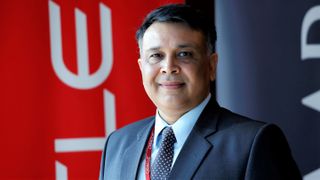 Contrary to common fears around how robots will impact jobs, leaders across the globe are reporting increased adoption of artificial intelligence (AI) and robots at work and many are welcoming it with love and optimism.

According to the first annual “AI at Work” study of 8,370 employees, managers and HR leaders across 10 countries, including the UAE, conducted by Oracle and research firm Future Workplace, 64% of the people trust a robot more than their managers and half have turned to a robot instead of their manager for advice.

Rahul Misra, vice-president for applications at Oracle Lower Gulf, told TechRadar Middle East that 82% of people think robots can do things better than their managers.

In the UAE, respondents said robots are better at maintaining work schedules (42%), problem-solving (34%) and providing unbiased information (32%) while the top three tasks where managers are better than robots were understanding feelings (46%), coaching them (32%) and evaluating team performance (25%).

“UAE is building a future based on tech innovation. Anything where the managers’ role does not have an emotional quotient, people believe they can work with a fact-based model,” he said.

The adoption of emerging technologies is far more here in the UAE, he said and added that the UAE is a young nation, built of expats and the generation is a mix of X, Z and millennials.

Moreover, he said that they [youth] have largely seen technology which supported economic growth.

“The concept is that they want an experience economy to move away from fossil revenue to non-fossil revenue. When you want an experience economy, you cannot do it with human touch been in there all the time and all the process. What we have seen more and more is that there is a concept of automating as much as possible. A new emerging concept called - invisible operation - is coming up,” he said.

Invisible operation is the concept of using less of human interaction and more and more ability to leverage technology so that your experience with the service is far better as human experience is prone to errors.

“It the only country in the world that has an AI Minister and talks about the happiness index. The UAE has understood that if they want to continue their economic growth, they have to be very strong on fundamentals and that is where we are seeing the adoption of emerging technologies is going higher,” he said.

However, he said that the hype around AI is always been there decades ago but the only difference is that it has become “far more prominent in our daily life”.

AI set to become a commodity

“In the next year or two, I believe that AI will become a commodity as it is touching every aspect of our life. In the workplace, this trend is to become far more prominent. Digital assistants and chatbots are going to become the norm. If I can do everything in voice will I type? Our behavioural change is driving everything around us,” Misra said.

“AI is changing the relationship between people and technology at work and is reshaping the role HR teams and managers need to play in attracting, retaining and developing talent. As a result, the traditional role of HR teams and the manager is shifting,” he said.

The study showed that workers in the UAE, China and India have adopted AI twice more than those in France and Japan and AI is becoming more prominent with 50% of workers currently using some form of AI at work compared to only 32% last year.

“AI is a use case scenario and the project is a journey and it gets better over a period of time by reading and analysing the data. The impact of AI at work is only just beginning and organisations need to focus on simplifying and securing AI at work or risk being left behind,” he said.