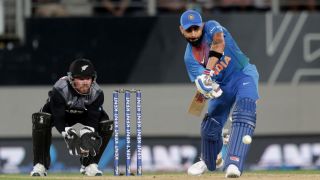 India's cricket fixture list just never seems to let up - and neither do their victories! They''re back on the road and battling out a five-match T20 series against New Zealand. To make sure you don't miss a single six or wicket, we've put together this guide to getting a New Zealand vs India live stream from pretty much anywhere in the world.

New Zealand came into this five-match series looking to bounce back after a 3-0 test thrashing to great rivals Australia and a Super Over loss to England in their last T20I. But visitors India chased down a 203 target with relative ease in the first T20 of the series.

New Zealand vs India T20 series- where and when