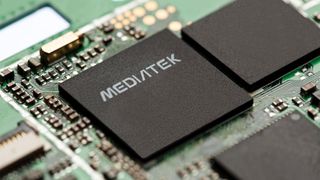 Qualcomm, which has been dominating the affordable premium smartphone segment ($250-$500), is poised to face stiff competition from MediaTek with its Helio G90 series chipsets.

Shobhit Srivastava, research analyst for mobile devices and ecosystem at Counterpoint Research, told TechRadar Middle East that MediaTek has more affordable chipsets and many Chinese OEMs are using it to diversify their supply chain and want to have devices in every price segment.

In the premium segment, he said that Apple, Huawei and Samsung have their own chipsets and then comes the third-party providers such as Qualcomm and MediaTek.

According to research company Statista, Qualcomm had 45% overall market share in 2018, followed by Apple with 17%, Samsung with 14%, MediaTek with 11% and Huawei with 8%.

“MediaTek has a very small share in the premium segment. In the affordable premium segment and gaming smartphone, MediaTek can gain market share from Qualcomm. OnePlus, Xiaomi, Oppo and Vivo are major players in this price segment,” Srivastava said.

Srivastava said that the new G90 series chipsets are a direct competitor to Qualcomm’s Snapdragon 600 and 700 series.

The new G90 and G90T chipsets are gaining traction among leading Chinese players.

Xiaomi has already announced a gaming phone with the Helio G90T chipset for launch in the first quarter of next year.

Srivastava said that Chinese OEMs like Oppo and Vivo’s focus on the gaming smartphone market and the affordable premium segment can bode well for MediaTek’s new chipsets.

The Taiwanese chipmaker has ramped up its product portfolio in the last few years with the Helio P and Helio A series chipsets.

The low-cost Helio P22 and the Helio A22 chipsets were among the best-selling chipsets during the second quarter of this year.

With the new G90 and G90T series, Srivastava said that MediaTek is planning to capture a slice of the gaming market and dent Qualcomm’s dominance.

Regarding technology, Srivastava said that Qualcomm has an edge over MediaTek but giving it at the right price point is also important.

According to a survey conducted by the research firm, 31% of smartphone owners are gaming for over three hours a day on their devices.

“All in all, the new G90 and G90T series will provide MediaTek with a stronger competitive edge as it seeks to expand its share in higher price bands,” he said.

Moreover, after declining for six straight quarters, he said that 5G is going to drive smartphone growth next year.

“Qualcomm has first-mover advantage and has partnered with many OEMs. When MediaTek comes out with its 5G chipsets, it will come out at an affordable price point,” he said.