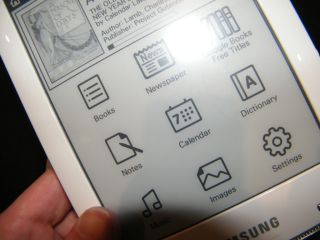 Ebooks were everywhere at this year's CES. Digital books are clearly going to be big

For years, the publishing industry has been waiting for its iPod moment, the time when electronic books become mainstream.

It looks like that moment will happen in 2010: this year's CES had more electronic books than a library for Daleks, and some outfit called Apple is apparently getting ready to release a tablet computer-cum-ebook reader that'll sell a few units. That's the good news.

The bad news is that if ebooks take off, the pirates won't be far behind.

Piracy is inevitable, but that doesn't mean piracy needs to do to the book industry what it did to music. To an extent the music industry was the architect of its own misfortune, responding to the threat of piracy with excessive DRM, too-high prices and format wars that confused and alienated customers.

So has the publishing industry learnt from the music industry's mistakes? George Walkley is head of digital for Hachette UK, the publishing giant whose imprints produce everything from the Twilight novels to textbooks.

"I think the publishing industry is keenly aware of the experience of other content industries," he told us, pointing out that while legal ebooks do indeed use DRM, "there has been considerable development work by technology vendors and publishers to balance a desire for copy protection with offering the consumer greater interoperability and flexibility."

One of the things that sent people to the pirates with music was the problem of file formats: your player wanted X format, the pirate sites had it in X format, but the only legal versions were in Y format.

Publishers are keen to avoid the same thing in books. As Walkley points out, Hachette's US parent company was the first big publisher to adopt the epub format, a kind of MP3 for books, and Hachette UK uses epub, too.

Where epub doesn't work, such as when it comes to publishing the complex illustrations you'll find in educational books, Hachette UK uses PDF. "These are the only download formats for ebooks which we create as a matter of course - although some retailers may convert those master files or apply proprietary DRM," Walkley says.

"Most of the other major publishers have adopted similar strategies… the effect of this is that device manufacturers are increasingly supporting epub natively. For example, Sony recently took the decision to deprecate its proprietary BBEB ebook format in favour of epub, and nearly all of the new ebook readers announced at CES support epub."

Digital downloads weren't cheaper than CDs, and for now at least ebooks probably won't be cheaper than print. That's partly because most of the costs apply whether you publish a book on paper or on an iPhone, and it's partly because of tax: "printed matter" books are zero rated for VAT, whereas electronic ones have to charge the full 17.5%.

It's a weird anomaly, and if we were in the book business we'd be lobbying Alistair Darling like crazy to get electronic books treated the same as printed ones.

The challenge for publishing is to avoid being seen as greedy. In music, the debate quickly became characterised as The Man versus The Kids, where The Man was Bono, his celebrity mates and their filthy rich record companies.

In reality, most musicians are struggling to pay the rent, but that's not what the average file sharer thinks.

Maybe novelist David Hewson has the answer. Writing on his blog, he says that he would "happily stick a button up here that said, maybe, 'Please Don't Steal My Book'. That could link to a simple website run by a group of authors' organisations, perhaps with quotes from well-known writers, which sets out the facts about what writers really earn, how much we actually get from book sales, and why using ripped-off copies will, in the end, damage the interest of both writers and readers."

Next Page Should authors give their work away free?
See more Internet news