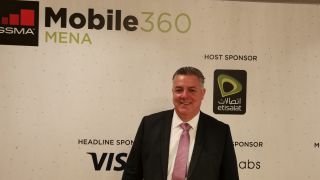 Security is the main concern when it comes to the rollout of 5G networks globally as it is expected to increase the exposure to cybersecurity attacks and more potential entry points for attackers.

The US, UK and certain other countries have expressed concerns over Huawei’s 5G networking equipment and its links to the Chinese government despite the denial by the world’s second-largest smartphone manufacturer.

There is a lot of discussions around the global equipment supply chain because there are three big providers globally – Huawei, Ericsson and Nokia, John Giusti, Chief Regulatory Officer at GSMA, told TechRadar Middle East.

Moreover, he said that the US has raised questions about one of the suppliers [Huawei] and everyone is looking at whether there are issues with the 5G network that needs to be taken into account for across the board.

The European Commission released a report last month assessing the risks of 5G and is based on the results of the national cybersecurity risk assessments by all EU Member States. It identifies the main threats and threats actors, the most sensitive assets, the main vulnerabilities (including technical ones and other types of vulnerabilities) and a number of strategic risks.

One of the key concerns is that the risk profile of individual suppliers will become particularly important, including the likelihood of the supplier being subject to interference from a non-EU country.

“We want competition but need to expand options in the supply chain, particularly into interoperability and open networking opportunities, to make it much easier for different types of suppliers and not be locked into any particular vendor,” Giusti said.

“Right now, most equipment from the big three is not interoperable. It is a challenge but we are finding ways to solve it going forward.

“GSMA is vocal on the need for diversified supply chain and also vocal on the importance of network security. We refer to national governments to make their own assessments about security risks on network infrastructure,” he said.

However, he said that GSMA does not have a say in national security issues but “we need to make sure that governments understand the ramifications of any changes in equipment supply and what can be for deployment and the cost.”

“We are in discussions with our members and vendors. We are at an inflexion point with the dynamics going on externally and will put greater pressure on all of us to address it. I don’t think there is pressure to address it or solve it before but now I think there is pressure to solve it so that we have much more flexibility and resilience going forward. It will not happen overnight but now is the time to take it seriously,” he said.