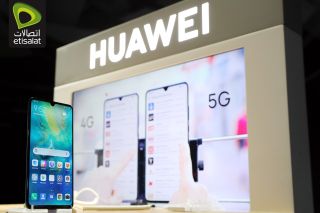 UAE-based telecom operator Etisalat is investing more than AED 4b in rolling out 5G network base stations this year in a bid to stay ahead of its Middle East peers.

Etisalat, which operates in 15 markets across the Middle East, Asia and Africa, is the first in the region to offer 5G commercially.

“We have launched and broadcasting 5G network over 1,000 new base stations scattered all over the UAE. The number of base stations will be increased year after year but it will take some time to cover 100% of the UAE,”  Dr. Ahmed Bin Ali, senior vice-president for corporate communications at Etisalat Group, told TechRadar Middle East after unveiling Huawei’s Mate 20 X 5G device.

Right now, he said that Etisalat is focusing more on the populated areas of the UAE but the 5G journey had started in 2014 and installed the first 5G base station in the Middle East, Africa and South Asia region at Dubai Expo 2020 site in May last year. It is also the first regional operator to provide 5G coverage inside an airport in Abu Dhabi and to launch a 5G smartphone.

At around 20 times faster than 4G and with ultra-low latency of one millisecond compared to 15-20 millisecond on 4G network, he said that 5G technology will enable users to stream live 4K resolution video anywhere at any time, with virtually no lag.

With the introduction of 5G in the UAE, Sukhdev Singh, executive director at research and consulting services provider Kantar, said that service providers would look at new avenues of business growth which could be driven more by enterprise solutions, at least to begin with.

According to the Ericsson Mobility Report, 60 million 5G subscriptions are forecast for the end of 2024 in the Middle East and North Africa region, representing 3% of the 1.9 billion global mobile subscriptions.

Etisalat had signed agreements with Ericsson and Huawei to roll out 5G networks in the UAE.

Bin Ali said that the current 5G speed is about 1GHz in the UAE but the speed will grow faster next year.

David Wang, Country Manager for Huawei Consumer Business Group in the UAE, said that Huawei began developing the 5G technologies in 2009 and invested significantly into developing 5G across its device, network and chipset offerings.

This allowed Huawei to amass a number of patents that are synergistic with its smartphones, facilitating rapid iterations towards better 5G experiences, he said.

Moreover, he said the dual-SIM Mate 20 X 5G device supports both NSA (non-standalone) and SA (standalone) architectures for a smooth transition of the evolving 5G network.

The device will be available at Etisalat stores from July 12 with a price tag of AED 3,699, which includes 5% value-added tax, ahead of the official July 18 launch.

What is meant by NSA and SA?

Huawei Mate 20 X supports both NSA and SA under 6GHz frequencies, some of which are bands traditionally used by previous standards, and in the millimetre-wave (between 24 GHz and 86GHz).

TRA has allocated the C band (3.3GHz-3.8GHz, where satellite operators also use these frequencies) for 5G deployment in the UAE.

The new frequency bands for 5G deployment will be finalised when ITU (International Telecommunications Union) members meet at the World Radio Communication Conference (WRC) 2019 in Egypt.

The WRC takes place between October 28 to November 22 and is organised by the ITU to review and revise radio regulations.