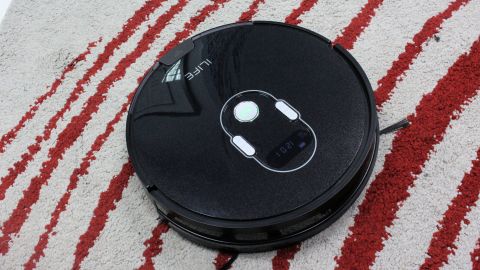 The iLife A7 is the little robot vacuum cleaner that could, except it’s not quite ready to play with the big boys just yet. It runs a basic cleaning cycle at acceptable levels, but for proper, unsupervised cleaning you might want to look elsewhere.

There are a few things as mundane as household chores, but thankfully technology can occasionally swoop in to help us out. Vacuuming may seem like one of those mundane tasks, but we can now just plop a little robot onto the floor, press a button, and walk away while it goes on its merry way.

While we’ve had an iRobot Roomba 880 faithfully cleaning the TechRadar offices for a long time, we recently let it take a little vacation as we checked out the iLife A7 instead. With a much more affordable price point than similar models on the market, is it worth picking up as your first robot vacuum?

The iLife A7 is available now via Amazon in the US, though the company has said it will be rolling out to more countries in the future as well. It’s priced at $249.99 (about £188, AU$337, AED 915), which makes it extremely affordable, considering the most basic model from iRobot sits at around $299.

The A7 is dubbed as the successor to the iLife A4s, so you’re looking at a robot vacuum that’s designed to tackle light carpets and tiles mostly. Plus we’re only talking about vacuuming here – for any mopping action you’ll have to look at the company’s other offerings.

The design of the iLife A7 follows what we’ve seen from most robot vacuums – round in shape with a few buttons at the top. In the box you’ll find replacement brushes and filters, the docking station, and a remote control. The docking station is quite compact, and just features a single green light so that the A7 can park itself when needed.

The iLife A7 features two spinning brushes on either side, which helps to get into most corners for optimal cleaning. Each one is color-coded so you can correctly replace either the left or right brush, and they snap on and off fairly easily. They work in tandem to sweep debris into the mouth of the underside suction passage and into the dustbin.

There’s only one roller underneath, and you can slot in either the rubber brush for hard floorings, or use the bristle brush for carpets. If you’ve got a combination of both surfaces, then you’re going to want to run the A7 twice and swap the brushes around for the most efficient cleaning cycle.

That’s a tad inconvenient, considering certain robot vacuums have both brush types fitted in as a default. There’s also no carry handle, so if you need to pick up the A7, you have to do so by the sides, and you’ll often touch the dusty wheels while doing so.

On top of the A7 is a small display that shows you the current cleaning mode, battery level, and time. It also  displays any error messages if the A7 runs into problems while cleaning, though you’ll have to grab your user manual to decipher them properly.

As with most robot cleaners, the front features a wide curved bumper, which gently taps against objects to help the A7 navigate around a room. At the back is the removable bin, which easily pops out for you to empty. There’s unfortunately no indicator to tell you when exactly the bin is full, but iLife recommends that you empty the bin after every cleaning cycle, to ensure optimal performance.

Lastly you have the remote control, which lets you start or pause a cleaning cycle, adjust the suction power, or manually control the A7 if you want it to pay special attention to a particular area.