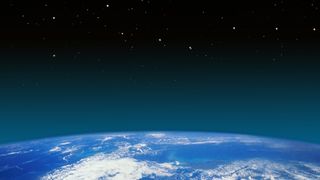 If you've ever watched TV shows such as Spooks or 24, you'll have seen the government agencies calling up real-time satellite imagery to track hostile forces.

It might make for good TV, but it's pretty far-fetched. While some spy satellites are supposed to have the capability to read the largest headline print of a newspaper someone is holding, satellites aren't generally in geo-stationary orbits, so unless they've been pre-positioned, the chances of a satellite being in the right place at the right time are fairly small.

Guys like Google and Bing have given us the capability to see overhead views of most parts of the world in enough detail to make out individual people.

However, while this may be labelled as a satellite view, at the highest zoom level, more often than not, it's actually aerial photography; you only see the satellite view when you zoom out and see the low-res view.

If you've ever tried to spot your own house on Google Maps (and who hasn't?), you'll probably find that it's also several years out-of-date.

Although Google does its best to keep the "satellite" view current, it's an enormous task.

So, wouldn't it be great if you could see actual satellite footage and even watch streaming video as the camera passed overhead?

Well, this is what UrtheCast (pronounced Earth-Cast) has planned: it's going to be mounting several cameras on the International Space Station (IIS) and letting us view the footage for free.

Working in conjunction with RSC Energia, the Russian space agency, UrtheCast will be mounting two High-Definition cameras, made by UK company Rutherford Appleton Laboratory, onto the Russian section of the IIS. Although the cameras are currently being transported to Russia, it's estimated that they won't actually be launched and fitted until 2013.

However, there is currently a beta version of the webcast platform, which you can sign up to and test, on the UrtheCast website.

The cameras will be able to resolve images down to about 1 meters, which UrtheCast claims is comparable to Google Earth, so you'll be able to see man-made objects and large groups of people, but not which paper they are reading!

The ISS orbits the Earth sixteen times a day and the cameras record strips approximately 50km wide and it's estimated that it will take 3 years to cover the entire area under the ISS's orbital plane.

Now, while the ISS's orbital track does change in that it's not constantly covering the same path over the Earth's surface, it follows an equatorial orbit, with an inclination of 51.6 degrees. This means that camera's coverage will be limited to around 52 degrees latitude, both North and South.

For the Northern hemisphere, this means anything above Birmingham (UK), Berlin, or Warsaw, wont' be imaged, including most of Russia, the top half of Canada, all of Scandinavia and the Baltic states. The Southern Hemisphere fairs better, with just the tips of Chile, Argentina and half of the Falkland Islands falling out of the coverage zone.

When you view the data in your browser, the UrtheCast website determines which tiles need to be displayed, in the same way as Google or Bing does.

However, unlike other mapping software, UrtheCast will be keeping a library of image tiles, which can be overlaid as "skins", enabling you to go backwards and forwards in time to see how a region has changed.

One thing that Google Earth, Google Maps, Or Bing Maps can't do, is enable you to watch streaming video. UrtheCast, however, will and although the video won't be live, as it has to be downloaded to ground stations first, the delay will only be a few hours.