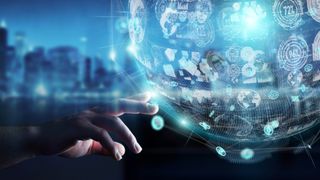 As organizations across Europe move increasingly into a digital age, new research from Kyocera has revealed that the UK is losing ground in its adaptation of digital documentation.

Kyocera's research found that while 61 percent of UK companies have digitized at least half of their business documents, the rate is lower than four of the seven other countries surveyed including The Netherlands, Italy, Turkey and Spain.

Of those surveyed, 12 percent of UK organizations admit to barely having digitized any of their documents which double that of the rate in Spain and Italy.

The study also revealed that the rate of automation of business processes is expected to increase in years to come as nine out of every ten companies claim they would consider automating more processes over the next 12 months.

"We are seeing that UK companies face a variety of challenges such as securing vital information and storing documentation, without realising that easy solutions exist and are on the market in the form of document management solutions, such as Content Services. The UK leads the way in some departments, such as Logistics and Legal, but significantly lags behind in both digitalisation and automation of areas such as Sales and Procurement. Such disparity between departments is reflective of the way in which companies are transitioning, and therefore still have some way to go."

While geography does play a role in adoption rates of automation, so too does business size. The rate at which companies automate the majority of their tasks reaches as high as 72 percent among larger companies with over 500 employees compared to just 41 percent among small companies and freelancers.