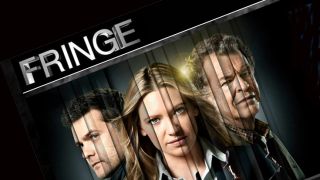 Catch-up and on-demand in demand

The show, which has had low but steady ratings in both the US and UK, has succeeded where many failed.

Fox ended Joss Whedon's Firefly after just one season, Terra Nova suffered a similar fate, while Terminator: The Sarah Connor Chronicles spilled over to two seasons as did Dollhouse – although its second and final season was cut short.

The reason for the sudden change of heart over Fringe – a show that even its makers felt was going to get the chop, given they had filmed two different endings to the current season – could well have something to do with its catch-up TV figures.

When this year's sweeps were announced, it was found that Fringe's numbers jumped a whopping 60 per cent when DVR views were counted.

The same thing happened with fantasy show Grimm and this phenomenon has meant that networks have been forced to change the way they count their viewers.

To get more of an idea of what going on in the catch-up TV sphere, TechRadar spoke to the BBC, Sky, Virgin and Zeebox about the situation.

Demand for on demand

"Increasingly, programme makers are thinking beyond the scheduled time, to the on-demand opportunity."

"On demand viewing is growing," said a spokesperson for Virgin Media.

"Virgin Media customers watched on-demand shows one billion times in 2011 and for some time we've seen a trend for shows to add substantial eyeballs through availability on demand."

When it comes to shows that people watch on-demand rather than when they are scheduled, Virgin Media has found that comedy rules the roost but Fringe has seen benefits too.

"A case in point is Channel 4's hit comedy The Inbetweeners. Although it is now a mass market success, it started as an undiscovered cult show with initial viewing figures for its first season averaging just 373,000.

"When the power of scheduling was put into the hands of Virgin Media customers through on demand, it notched up a similar sized audience all over again.

"Increasingly, programme makers are thinking beyond the scheduled time, to the on-demand opportunity when assessing the audience potential."

With the BBC pioneering catch-up with the iPlayer, it was interesting to see what shows have made resurgence on the service – especially those that use BBC Worldwide, as this is more curated than the UK's version of the iPlayer.

"This was banned in the UK for 10 years and made available on Global iPlayer to coincide with Hallowe'en," explained a BBC spokesperson.

Interestingly, another show finding success through the iPlayer is E20 - the short form series that was originally made a web-only companion series for EastEnders.

Although Sky didn't comment on its catch-up TV success stories, it did point us to a recent blog that explained how Mad Men – a series that's now showing on Sky Atlantic – is doing very well, mainly due to those watching the programme on catch-up rather than live.

"In these days of Sky+ and on-demand viewing, the 'live' audience for a show's premiere on linear TV is far less important than once was the case," said Naomi Gibney, acting director of Sky Atlantic in her piece.

"It's always been on our roadmap to add support for VOD and time-shifted viewing."

"During the series so far, a staggering 79 per cent of Mad Men's total audience has watched the show in 'time-shifted' mode.

"In other words, the audience increases five-fold once you factor in Sky+, Sky Anytime and Sky Go. The story is similar for other Sky Atlantic shows such as Game of Thrones and Boardwalk Empire."

One service that's still flying the flag for live TV is Zeebox. This TV companion app has managed to tap into the zeitgeist of live shows, where audiences use Twitter and Facebook to comment on things that are happening in real time.

But Anthony Rose, the CEO of Zeebox – and one person who knows the power of catch-up because of his work developing the iPlayer – hinted to us that it too will be tapping into time-shifted TV at some point.

"Catch-up viewing is clearly on the rise and, in response, broadcasters are focussing on more live big-event programming," explained Rose.

"We started out with Zeebox focused on live TV viewing for three reasons: millions of people watch live; they're doing it together and broadcast TV is technically standardised across hundreds of channels, whereas VOD is technically fragmented and proprietary."

He went on to note: "But it's always been on our roadmap to add support for VOD and time-shifted viewing, and we have some exciting things in development here, coming out later this year."

On-demand and catch-up is changing the way we watch television – you only have to see that this is happening with Netflix turning its hand to content creation.

It will not only create a new season of Arrested Development, it will offer all the episodes up at once – giving its fans total control of how and when they watch the content.

It's fair to say that most broadcasters will be eager to see how the public responds to this to see if they want to play catch-up too.