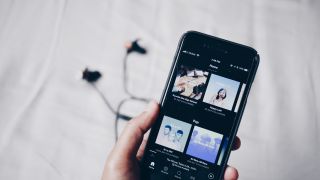 A new, stripped down version of Spotify is currently being tested that will be a lot kinder to your data plan. As the name suggests, it’s a paired down version of the app and comes with some nifty features, including the ability to put a cap on the data you are using to listen to songs. The actual app weighs in at just 15MB, which is a whole 75MB lighter than the full-fat version of the app.

All this sounds great but there are a few caveats. The app is being tested in Brazil and there’s no word yet on if a full rollout will happen.

There are some features missing, too, including offline listening and high-quality playback. There’s no Spotify Connect either, so no seamless connecting up to your house speakers either. And it's only available to Android users for now.

These features aren’t exactly bloatware and, for many, are integral to how they use Spotify. The inability to pick songs to play (it’s all shuffle, unfortunately) will also mean this is an app that’s not designed for those with a premium account.

This isn’t the only thing Spotify is testing. It announced in April that it would be making changes to its free tier and relaxing things such as shuffle play. So, users can choose to listen to tracks, as long as they appear on one of the 15 personalised playlists. The app is also said to come with a low data mode, so very similar to what this Lite version offers.

This article has been updated: the app is only available in Brazil at the moment.