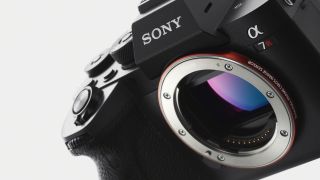 Sony may be on the cusp of announcing the Sony A7R Mark IV if current rumors are borne out. This would be the first fourth-generation model in the A7 line of cameras from the company, and an update to the excellent A7R III, so we expect it would arrive with some significant updates on what we've seen previously. Here's what we know so far.

The company has already made it clear that something is on the way, with a livestream set to begin at 10am ET / 3pm BST on July 16 on the Sony Alpha Universe website.

Quite what will be revealed has been subject to all kinds of speculation, from an Sony A7000 mid-range mirrorless camera through to a Sony A7S III or A9 Mark II full-frame body. But right now, with just hours to the big reveal, the most credible rumor appears to be that we'll see an A7R Mark IV surface.

Japanese camera rumors site Nokishita, which has a fine track record for releasing information about and images of upcoming cameras, has stated on Twitter that Sony has started editing the product page for ILCE-7RM4. Sony ILCE-7RM4 is likely to be the official product name, as per the company's naming convention.

Nokishita also says a Sony VG-C4EM battery grip has been revealed in a new list of accessories.

Current models, such as the A7R III but also the A9 and A7 III, work with the VG-C3EM battery grip, so it's possible that this new grip will end up being compatible with multiple models in the Alpha lineup.

Will the A7R Mark IV have a 60MP sensor?

There were rumors last last year that Sony was working on a 60MP sensor – and as the A7R line is all about resolution, it seems entirely likely that the first recipient of this sensor would be a new A7R model.

The existing A7R III packs a very respectable 42.4MP full-frame sensor, but it's been overshadowed somewhat by the likes of the more recent 45.7MP Nikon Z7 and 47.3MP Panasonic S1R. So, if resolution is to remain the focus for the line, this would be a good chance to raise the bar to a new high.

Where is the Sony A7S III?

It seems odd to be releasing a Mark IV version of the Sony A7R before the A7S III has been announced. The A7S III would be, after all, the final third-generation model in the A7 line, following the A7 III and the A7R III.

The most recent model, the A7 III, was released back in February 2018, while the A7R III came along just a few months earlier. This has made its replacement not quite as sought after as the A7S III, although as the A7R III isn't far off from its second birthday, a new version isn't entirely without logic.

Could the A7S III also be coming, though? Sony appeared to register three next cameras recently, so there's every possibility that it will also be introducing this, be it today or at some point not far down the line.

We'll have all the news as it breaks, so stay tuned.