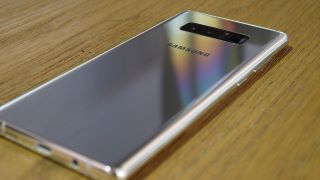 That’s according to sources in Taiwan’s handset supply chain, speaking to DigiTimes. Specifically, they said that the Galaxy Note 9 might go on sale in early August.

They didn’t give an exact date, but for it to be early August that presumably means it would have to hit shelves within around a week of being announced.

It's all about sales

The early launch is apparently planned to help make up for disappointing sales of the Samsung Galaxy S9 and Samsung Galaxy S9 Plus, and it’s somewhat believable, as it would give the Note 9 more time to shine before the iPhone XI – which is likely to be its biggest rival – hits stores.

On the other hand, DigiTimes has a mixed track record, so we’d still take this rumor with a huge side of salt. For now, we wouldn’t count on being able to buy the Note 9 for at least a month, but equally don’t be surprised if it goes on sale in just a few weeks.