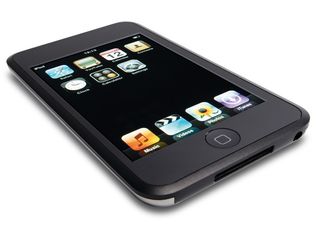 Own an Apple iPod touch? Some say that it's the very pinnacle of media player technology. What other MP3 player enables you to flick through your music collection with a casual flick of your fingers, before letting you watch a video on a stunning hi-res screen and then surf the internet?

The team at MacFormat magazine have put together this in-depth tutorial to help you get the most out of Apple's flagship iPod.

Music on the move

You've been able to create On-The-Go playlists on your iPod for some time now, but you now have much more control over them before they're saved to your library. On older iPods, you could only pick the songs you wanted, but on the iPod touch (or iPhone) you can continue adding to the On-The-Go playlist, as well as delete unwanted tracks or change the order in which they appear.

Start by touching the Playlists icon at the bottom of the screen and tapping on On-The-Go. You now have the option to pick any songs to add to the playlist, by tapping on individual tracks, albums, other playlists, podcasts or any other group under the More icon.

To pick an individual song, first find the one you want to add and simply tap on it - it goes grey to show that it's been added. Then, to add a larger group of tracks, tap on the Albums icon at the bottom of the screen and first select the album you want and then tap Add All Songs. Finally, tap on the Done button and you go back to the On-The-Go playlist, where you can either add more songs or edit the ones you already have.

As with everything iPod-related, editing on the touch is simplicity itself. Go into the On-The-Go playlist and click on Edit. Pressing on the + button enables you to add new tracks to the playlist, or you can remove one by tapping on the red circle on the left of the track.

Finally, if you want to move a track to a different part of the playlist, then all you have to do is tap (and hold) the icon on the right side of the track and move your finger up or down until it's in the correct position. Remember though, that when you next sync your iPod touch, your On-The-Go playlist is saved into your iTunes (and iPod) Library and it's then impossible to edit it further.

While on the subject of syncing, you might have noticed that you don't have to eject the iPod touch before disconnecting it from iTunes. This is because you're not able to access the touch's hard drive like you could on previous models - so consequently, Enable disc use is missing from the iPod's options in iTunes.

If you're used to transferring documents from computer-to-computer via your iPod, then it might be time to invest in a USB dongle.

To get the online capabilities of the touch working then you'll need access to a Wi-Fi hotspot. We recommend signing up for The Cloud, which is affiliated to O2 and will come as part of the monthly subscription for iPhone users.

For just £3.99 a month you get unlimited access to The Cloud's fast network, and after you've logged on for the first time, your touch will automatically connect you to The Cloud network any time there's one in range.

There's more good news for Wi-Fi users, as McDonald's (which claims to own around 10% of the Wi-Fi hotspots in the UK) has just announced that it will be offering free Wi-Fi access in all of its 'restaurants' from the end of the year, too.