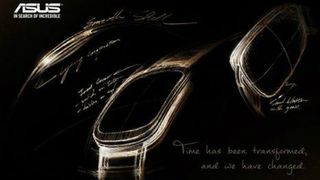 At the right price, Asus could have a winner on its wrists

IFA 2014 is set to go big on wearables, and - never one to be left out of the limelight - Asus will be taking to the stage in Berlin to debut its own Android Wear smartwatch.

And to give us a taste of what's in store, Asus has teased us (again) with a few rough sketches of the watch, rumoured to be the most affordable Android Wear device yet.

While it seems that other manufacturers (LG, Samsung) are finally realising why everyone is talking about the Moto 360, it appears Asus is going to buck that trend and opt for a curved rectangular shape instead.

It looks more appealing than the LG G Watch's chunk of a square, though it's difficult to draw any proper conclusions based on these sketches alone. But we'll be in full force at IFA to bring you a first look at the Asus smartwatch the moment we get our wrists on it.