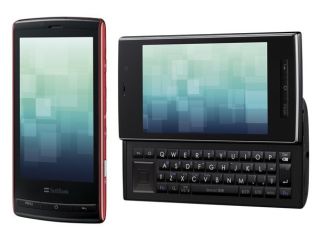 Sharp has announced a brace of handsets for the Japanese market which boast 3D capabilities.

One of the phones has been given a QWERTY keyboard (the 005SH), while the 003SH has camera bragging rights – it has a whopping 9.6MP camera attached.

It will be interesting to see if 3D on a small device will work. It's doubtful the UK will see any 3D handsets for a while, but we will get to try out the Nintendo 3DS in the near future.

And that's particularly relevant because the Nintendo 3DS uses the same screen technology as the Galapagos pair, with Sharp the manufacturer for both.

Back in September, TechRadar was privy to a concept 3D camera, tablet and phone by Sharp - the latter looking a whole lot like the 003SH.

It's clear to see that this glassessless 3D concept has now become a reality.

The 003SH will be out in Japan by Christmas, with the 005SH following in February next year.