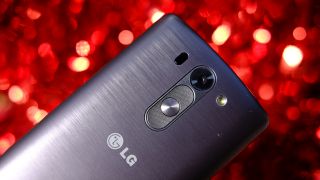 Have you got a LG G3 S, G3 Beat, LG G2 Mini or Optimus L70? Then good news! While these devices may be getting a little old, they can still be upgraded to Android 6.0 by using unofficial Android distribution CyanogenMod.

Officially, LG hasn't announced any plans to upgrade these devices - but if you're feeling brave you can try it yourself as CyanogenMod's servers have started generating builds of the OS specifically for these older handsets.

Meanwhile the LG G3 S's big brother, the flagship LG G3 does appear to be in line for an official Android 6.0 "Marshmallow" update which is rumoured to be hitting later this month. Though CyanogenMod also supports this phone too, if you want to do something different.

CyanogenMod started life as a "fork" of Google's open source Android, and includes a number of features that Google's version doesn't. For example, the "Privacy Guard" app will show you exactly what the other apps on your phone can control and access, and a "Global Blacklist" which allows you to block all communications with either annoying people you know, or telemarketers.

There's also deeper customisation of the phone - including the menu bar at the top and buttons at the bottom of the screen, plus an equaliser for the headphone socket.

Confusingly, the builds for theses latest LG handsets are listed under code names. The G3 S is "jag3gds", the G3 Beat is "jagnm", G2 Mini is "g2m" and Optimus L70 is "w5". To install them, simply download the build for your device and run the CyanogenMod installer on your computer, with your phone plugged in via USB.