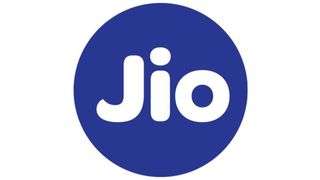 Reliance Jio is expected to launch its own payments bank, dubbed as Jio Payments Bank in December this year. The Jio payments bank would be a joint venture between Reliance Industries Limited and state run State Bank of India.

For those who are unaware, Payments bank was unveiled by the Government of India in 2014. It is similar to a regular bank but cannot provide Credit cards and loans. Customers of the payments bank can deposit a maximum of Rs. 1,00,000. Customers of a payments bank will be able to make use of services such as net banking, mobile banking, debit cards, accept demand drafts and become correspondents of other banks.

As per a report by Livemint, the Mukesh Ambani led Reliance Industries Limited intended to launch the operations of the Jio Payments Bank along with the launch of its 4G VoLTE feature phone, the JioPhone. Initially, the bank was supposed to start when the JioPhone deliveries began, i.e., October.

Now, the Jio Payments Bank is expected to be launched in December, as per sources who are aware about the plans. This delay is because of RBI’s directive to Reliance Industries, asking them to demonstrate the capabilities of the Jio Payments Bank so that the Reserve Bank of India can make sure that it is ready for a glitch-free launch.

As per the report, Jio Payments Bank has started demonstrating its capabilities to the RBI and is expected to be launched before the year ends. After Jio launches its payments bank in India, it will join the likes of Airtel and Paytm and India Post to operate a payments bank. Interestingly, telecom operators Vodafone and Idea Cellular also have a permit to launch a Payments Bank in India.

“The RBI wanted to be sure that the payments bank is fully compliant with all the regulations and is able to service its customers efficiently. The demonstrations are being made to assure the regulator that the standards of customer service will be sustainably maintained,” a Jio official said to Livemint.

To recall, during the launch of the JioPhone, Mukesh Ambani had mentioned that the JioPhone will support digital payments and it comes with NFC support. You can link your Bank account, Jan Dhan account, UPI account, Credit and Debit card with your JioPhone.

“For SBI, Jio Payments Bank will operate as a business correspondent. SBI will have immediate access to Jio customers in unbanked rural areas,” a person close to the company said to Livemint.

It’ll be interesting to see how the Jio Payment bank performs in a segment which already includes the likes of Paytm and Airtel. Similarly, mobile wallets like PhonePe and UPI apps like BHIM and the latest entrant Google Tez are also competing for their share in the segment of Digital payments in India.