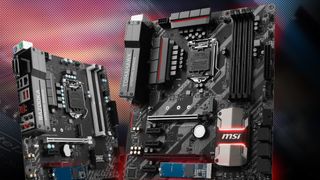 It seems Intel is working on a little more than a new Z390 chipset as new leaks also point to an upcoming X399 chipset for high-end desktop CPUs.

A Twitter user named Momomo, posted an alleged document pulled from Intel’s download center that include the rumored Z390 chipset and the first ever mention of a new X399 platform. From the supported hardware details, it seems Intel’s forthcoming chipsets will support both existing Coffee Lake processors as well as future Cannon Lake releases.

A X399 chipset would be the next logical successor to the current X299 platform that supports Skylake-X and Intel Core X processors. With that in mind, we may well see the introduction of Kaby Lake-X processors as Intel’s next generation of HEDT CPUs.

If Intel actually goes through with releasing a new X399 chipset, it would directly clash with the X399 motherboards meant for AMD Ryzen Threadripper. The one saving grace is AMD could soon be moving onto a X499 chipset to support Ryzen Threadripper 2nd generation.

Sadly, beyond names, there aren’t any details on what new features Intel’s potential Canon Lake and Kaby Lake-X platforms will bring.