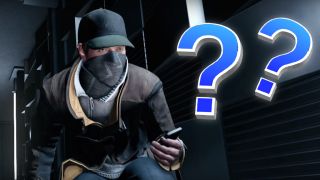 Assassin's Creed may be taking a year off, but that doesn't mean Ubisoft is slouching around.

The video game publisher is working on a new installment to Watch Dogs, according to its latest quarterly report.

Not only is Ubisoft gearing up for a sequel to 2014's open-world cybercrime game, but the report also mentions "a new high-potential AAA brand with strong digital live services" set to release this year.

While it's exciting to see that Watch Dogs 2 is happening, it's probably wise to sit tight. The fact that Ubisoft hasn't dropped a trailer or anything yet hints that it's likely aiming to release the game in the latter part of the year.

All that said, the other "high-potential AAA brand" has us equally impatient. It not only teases a potential new IP, but the "strong digital live services" imply it could be some kind of new online multiplayer experience - perhaps even an MMO? Consider us intrigued.

Ubisoft's other titles planned for later this fiscal include For Honor, South Park: The Fractured but Whole, and Tom Clancy's Ghost Recon: WildLands, all of which were originally revealed at last year's E3 conference.

We look forward to learning more details about what Ubisoft has in store for both the Watch Dog franchise and its new mystery project. Our bet is that it'll hold both of these cards close to its chest until E3 2016.